A one-take journey to discover the layers of relationships and our perception of reality within two circular panoramas.

An uncut shot of a journey taken to discover the various layers of the relationship between man and nature and the different perceptions of reality within two full circles. The short film storytelling technique exploits the strength of non-diegetic sound elements and explores the freedom of framing techniques.Written by Venice International Film Festival 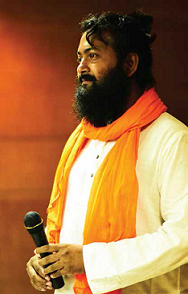 Born 1983 in Dhaka, Bangladesh, Ishtiaque Zico is a mathematics graduate from Dhaka University who explored filmmaking by assisting fellow directors in different roles. As a filmmaker, his short 720 Degrees was the first Bangladeshi film presented at Venice International Film Festival in 2010. It was also nominated for prizes in Rotterdam, Chicago and other festivals. A Berlinale Talent alumnus, Cinema, City and Cats is his debut feature film project that has prticipated in the Open Doors Hub at Locarno Film Festival in 2016.